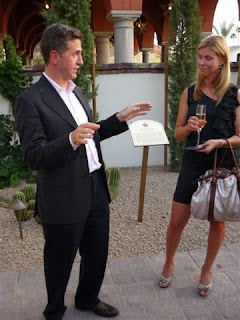 Milene Mattei, the Italian-born aesthetician who did my facial at Joya Spa at Montelucia Resort last night, gave be the best compliment. We were discussing the green hills of Umbria where she grew up (hiking and hunting snails).

She told me that she’d like to hike the Inca Trail into Machu Picchu. I told her she would love it. The hills are green, the jungle is thick, and the wisps of fog are magical. Nothing like I’d seen in Italia or anywhere.

“It must be very spiritual,” she said.

“Yes, you are walking in mist, and then all of a sudden the clouds open, and there before you on the next outcrop of the Andes mountain is an ancient ruin. You see it for a moment and then it is gone. And then soon, as you trod the trail paved 100s of years ago, you come to the ruin, and go inside to explore.”

And then here comes the compliment: “You should be a travel guide,” says Milene.

She gave a great facial, and we hugged goodbye after I promised to send the article about Perugia I just read in a travel magazine. I just need to remember WHICH travel magazine!

Montelucia Resort sits at the base of beautiful Camelback Mountain which blocks the lights of downtown Phoenix. Thus, the resort so close to the iconic, backlit mountain was named Monte (Mountain) lucia (of light.) 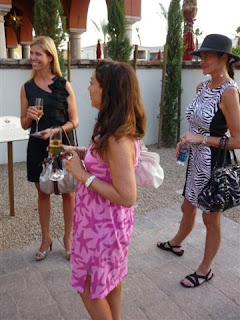 Casey Wohl of Girls Getaway Guide (she had breakfast w/Robert Redford on Thursday), Hillary Atkin, LA reporter (she’s interviewed Keira Knightley and Steven Spielberg) and Susan Aavang, publisher of Biltmore Lifestyles.
_________
Stacey Wittig is a Flagstaff travel writer who enjoys giving travel tips and travel advice and talking about Machu Picchu while having facials at Joya Spa in Phoenix, AZ. But, alas, has never had breakfast with Robert Redford.