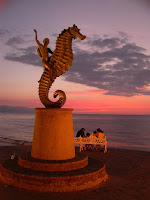 Crime and Violence Throughout Mexico

The greatest increase in violence has occurred near the U.S. border. However, U.S. citizens traveling throughout Mexico should exercise caution in unfamiliar areas and be aware of their surroundings at all times.

Mexican and foreign bystanders have been injured or killed in violent attacks in cities across the country, demonstrating the heightened risk of violence in public places.

In recent years, dozens of U.S. citizens have been kidnapped across Mexico. Many of these cases remain unresolved…

U.S. citizens should make every attempt to travel on main roads during daylight hours, particularly the toll (“cuota”) roads, which generally are more secure. Occasionally, the U.S. Embassy and consulates advise their employees as well as private U.S. citizens to avoid certain areas, abstain from driving on certain roads because of dangerous conditions or criminal activity, or recommend driving during daylight hours only…

U.S. citizen visitors are encouraged to stay in the well-known tourist areas of the cities. Travelers should leave their itinerary with a friend or family member not traveling with them, avoid traveling alone, and should check with their cellular provider prior to departure to confirm that their cell phone is capable of roaming on GSM or 3G international networks. Do not display expensive-looking jewelry, large amounts of money, or other valuable items.

Violence Along the U.S. – Mexico Border

Mexican drug cartels are engaged in an increasingly violent conflict – both among themselves and with Mexican security services – for control of narcotics trafficking routes along the U.S.-Mexico border. In order to combat violence, the government of Mexico has deployed troops in various parts of the country. U.S. citizens should cooperate fully with official checkpoints when traveling on Mexican highways.

Some recent Mexican army and police confrontations with drug cartels have resembled small-unit combat, with cartels employing automatic weapons and grenades. Large firefights have taken place in many towns and cities across Mexico but most recently in northern Mexico, including Tijuana, Chihuahua City and Ciudad Juarez…

The U.S. Mission in Mexico currently restricts non-essential travel to the state of Durango and all parts of the state of Coahuila south of Mexican Highways 25 and 22 and the Alamos River for U.S. government employees assigned to Mexico. This restriction was implemented in light of the recent increase in assaults, murders, and kidnappings in those two states…

A number of areas along the border are experiencing rapid growth in the rates of many types of crime. Robberies, homicides, petty thefts, and carjackings have all increased over the last year across Mexico generally, with notable spikes in Tijuana and northern Baja California. Ciudad Juarez, Tijuana and Nogales are among the cities which have recently experienced public shootouts during daylight hours in shopping centers and other public venues.

The situation in Ciudad Juarez is of special concern. Mexican authorities report that more than 1,800 people have been killed in the city since January 2008. Additionally, this city of 1.6 million people experienced more than 17,000 car thefts and 1,650 carjackings in 2008.

U.S. citizens should pay close attention to their surroundings while traveling in Ciudad Juarez, avoid isolated locations during late night and early morning hours, and remain alert to news reports.

U.S. citizens are urged to be alert to safety and security concerns when visiting the border region. Criminals are armed with a wide array of sophisticated weapons. In some cases, assailants have worn full or partial police or military uniforms and have used vehicles that resemble police vehicles. While most crime victims are Mexican citizens, the uncertain security situation poses serious risks for U.S. citizens as well…

Your 2021 off to a Happier Start? Rethink the Outd…

Made Jagerschnitzel and spatzel for the first time…

Ajo Peak hike...I think it's the most strenuous hi…
Menu