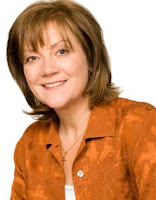 06-28-2010 – Cleveland, Ohio – Stacey Wittig, a freelance travel writer and Flagstaff, Arizona resident is the grand prize winner of the 2009 North American Travel Journalists Association (NATJA) Cleveland Plus Writing Award. The award-winning travel writer was honored at the 2010 NATJA Conference and Marketplace in Reno, Nevada earlier this May.

Wittig, whose winning travel article appeared in Lake Erie Lifestyle Magazine, was a part of the more than 100 writers, photographers, editors and tourism professionals that visited Northeast Ohio as part of the NATJA annual conference (June 2-5, 2009) hosted by Positively Cleveland, the Ohio Tourism Division and regional partners.

Following the conference, attendees were asked to submit their Cleveland-based travel stories for a chance to win a grand prize vacation package valued at more than $2,000. The competition reeled in more than 30 article entries, touching on everything from the region’s diverse culinary scene to the excitement of vacationing on a Lake Erie island.

Wittig wrote about the wineries in Northeast Ohio

Wittig wrote about the wineries in Northeast Ohio and how they appeal as a travel destination to both women and men in her article: “Take the Guys on this Girls Getaway.”

“I found it was really interesting how the wineries were incorporating beer gardens and car shows into their offerings,” Wittig said. “I thought, hey, the girls could take the guys on this typically girls’ getaway!”

“Stacey’s article truly captured the charm of wine country in Cleveland Plus,” said Tamera Lash Brown, Positively Cleveland’s VP of Marketing. “Her take on our Lake Erie wineries really embodied how travelers to this region are often pleasantly surprised by a bevy of unexpected attractions while visiting.”

Award-winning travel writer Wittig, a Minneapolis native and University of Minnesota graduate, currently writes for seven publications, including Lake Erie Lifestyle Magazine and Arizona Vines and Wines Magazine. Wittig lives with her husband, Dan, in Flagstaff, AZ. She also has an affinity for archaeology, hiking and skiing. Read more about her other awards and achievements.

A dock is sort of a threshold. The spot where you…

With all the discouraging news about air travel la…

"That which you see is the invisible," so says the…

Paco from Valencia, the true home of paella, taugh…

On the rooftop of Our Lady of Assumption Church in…

These pintxos reminded me of a Miro painting. But…
Menu