A photo of Tanzania’s amazing coastline by UNSTOPPABLE Stacey Wittig is featured in an article by National Geographic Traveler this month. The Arizona travel writer captured the image on an excursion to Zanzibar after a short term mission trip at nearby Mount Kilimanjaro.

“The colors of Zanzibar are captivating. I couldn’t resist this shot and waded out into the Indian Ocean to where this boat was anchored. There was a funny, narrow sidewalk that was about twelve inches high made of concrete. I said to my hiking buddy, Dorane, ‘This thing is dangerous. Someone not paying attention could easily slip off this walkway and turn an ankle.’ After my return from taking the still photo, that’s exactly what I did — with FLIP video camera in hand.” Here’s the unedited video:

Wittig has several stories of her African adventures pitched to editors. If you know of publications that may be interested in exotic fruit, Christian missions or “healing with natural herbs” pieces, contact her at wittigwriter@gmail.com 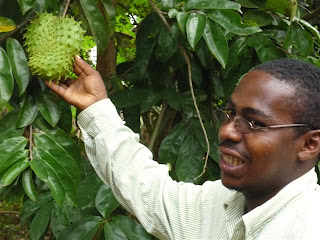 Today I can’t stop exploring the world (I blame it on my father’s Viking blood) and write about my adventures – many as a solo woman traveler. Life isn’t always rosy; I lost my firecracker reasoning skill to head injury in a horrific rollover accident that should have taken my life. Brain injury hasn’t stopped me from traveling, although it sometimes makes for amusing travel antidotes that I hope you will enjoy. That’s why they call me “UNSTOPPABLE!”
Return to UNSTOPPABLE Stacey Home Page
Tweet
Share
Pin
Share